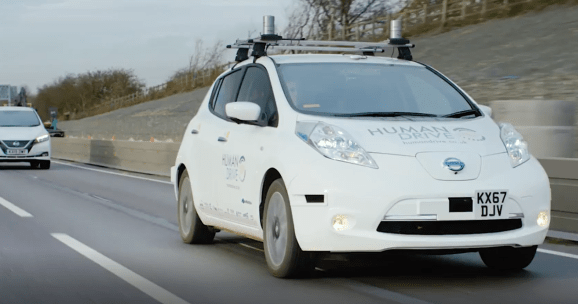 A Nissan Leaf completed one of the U.K.'s longest and most challenging autonomous car journeys, highlighting the value of a localized approach.

A Nissan Leaf has completed what it claims is one of the U.K.’s longest and most challenging autonomous car journeys to date. But while the trip represents a notable milestone for the U.K.’s self-driving car ambitions, it also highlights the importance of taking a localized approach to training driverless car systems.

To get an autonomous vehicle up to speed, you need to put the miles in — that’s the popular narrative, at least. Alphabet’s Waymo, at the forefront of the self-driving car movement, last month announced that its driverless vehicles had traversed 20 million miles on public roads and tens of billions of miles through computer simulated environments. But there is also a growing sense that while the number of miles driven is important, context is just as vital — the situations, locations, and environment in which those miles were driven.

This reply was deleted.
Poll

Do you own an IoT product, such as smartwatch, sma...

How can we use technology to save our environment?

In 2030 who will parents trust more as babysitters...

Tech: Which Technology do you see impacting or int...

IOT: Is IOT a key part of your business success?

AI: Is AI a key part of your business success?