SIgn up for JAAGNet & the IoT Group its FREE!! 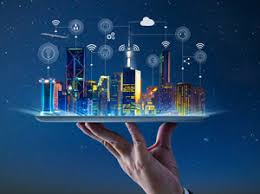 China’s Alibaba Group is putting $1.4 billion into the development of artificial intelligence (AI) for its Tmall Genie smart speaker, the company said in a statement on Wednesday (May 20) following a press conference.

The upgrade and innovation centered around its flagship Tmall Genie smart speaker will use proprietary technologies that combine AI and the Internet of Things (IoT). The investment will also help further research into IoT operating systems, edge computing and natural language processing (NLP).

“By tapping into Alibaba’s diverse ecosystem and cutting-edge technology, we are committed to bringing in more unique experiences to our Tmall Genie users,” said Ku Wei, who heads the development of the smart speaker.

The Tmall Genie smart speakers were introduced by Alibaba three years ago and link to more than 270 million devices from 1,100 brands in China, according to Ku. The new initiative will also further develop the Tmall Genie’s integration with more content and services across Alibaba’s platforms — entertainment, healthcare and more.

Expanded integration with mini-apps on the Alipay eWallet will be available as of July 1. In addition, people who have a Tmall Genie with a built-in monitor will be able to watch Alibaba’s dedicated livestream channel Taobao Live. The Tmall Genie’s latest model has a 10-inch screen and supports a variety of live concerts and online classes in addition to Taobao Live.

Ku said his team will share AI insights with partners to forge collaboration in the development of additional IoT-powered products — refrigerators, vacuums, even sportswear.

The Tmall Genie is the top-selling smart speaker in China since 2017, according to market intelligence firm IDC, Alibaba said. In the first quarter of 2020, the smart speaker ranked first in the market in terms of shopping volume, with a market share of over 35 percent.

Another innovation for the Tmall Genie separate from the AI development is the creation of a smart speaker made in the image of Kentucky Fried Chicken (KFC) founder Colonel Sanders. Alibaba partnered with the fried chicken franchise and will release the new model in the second half of 2020. Users of the new system will be able to order KFC breakfast items from over 5,000 locations across China and pay using an integrated voice-payment feature.

The pandemic has proved to be a boon for voice assistants. The second edition of the Visa/PYMNTS How We Will Pay study showed that voice-enabled devices were slated to become the consumer’s connected commerce command center.

Further, a new PYMNTS study, The Great Reopening: Tracking Digital’s Quantum Leap, shows that people are still busy with the same activities they engaged in pre-pandemic, except they are doing them online.

Originally published by
ByPYMNTS
Posted on May 20, 2020